Millions of people around the world love to dance, either recreationally or professionally.

Many of those who are ballroom dancing, doing the foxtrot, salsa, waltz, tango, or rumba, don’t even realize, that they are doing something positive for their bodies—and their brains? Dance, in fact, has such beneficial effects on the brain that it is now being used to treat people with Parkinson’s disease, a progressive neurological movement disorder. “There’s no question, anecdotally at least, that music has a very stimulating effect on physical activity,” says Daniel Tarsy, MD, an HMS professor of neurology and director of the Parkinson’s Disease and Movement Disorders Center at Beth Israel Deaconess Medical Center (BIDMC). “And I think that applies to dance, as well.”

Scientists gave little thought to the neurological effects of dance until relatively recently, when researchers began to investigate the complex mental coordination that dance requires. In a 2008 article in Scientific American magazine, a Columbia University neuroscientist posited that synchronizing music and movement—dance, essentially—constitutes a “pleasure double play.” Music stimulates the brain’s reward centers, while dance activates its sensory and motor circuits. 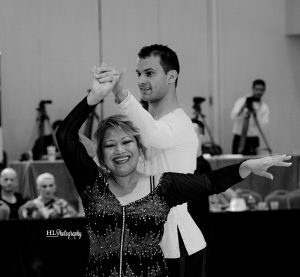 Studies using PET imaging have identified regions of the brain that contribute to dance learning and performance. These regions include the motor cortex, somatosensory cortex, basal ganglia, and cerebellum. The motor cortex is involved in the planning, control, and execution of voluntary movement. The somatosensory cortex, located in the mid region of the brain, is responsible for motor control and also plays a role in eye-hand coordination. The basal ganglia, a group of structures deep in the brain, work with other brain regions to smoothly coordinate movement, while the cerebellum integrates input from the brain and spinal cord and helps in the planning of fine and complex motor actions.

While some imaging studies have shown which regions of the brain are activated by dance, others have explored how the physical and expressive elements of dance alter brain function. For example, much of the research on the benefits of the physical activity associated with dance links with those gained from physical exercise, benefits that range from memory improvement to strengthened neuronal connections.

A 2003 study in the New England Journal of Medicine by researchers at the Albert Einstein College of Medicine discovered that dance can decidedly improve brain health. The study investigated the effect leisure activities had on the risk of dementia in the elderly. The researchers looked at the effects of 11 different types of physical activity, including cycling, golf, swimming, and tennis, but found that only one of the activities studied—dance—lowered participants’ risk of dementia. According to the researchers, dancing involves both a mental effort and social interaction and that this type of stimulation helped reduce the risk of dementia.

A 2003 study in the New England Journal of Medicine by researchers at the Albert Einstein College of Medicine discovered that dance can decidedly improve brain health. 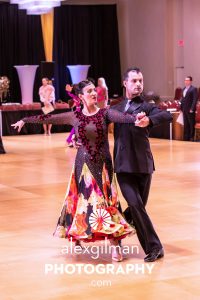 Dance has been found to be therapeutic for patients with Parkinson’s disease. More than one million people in this country are living with Parkinson’s disease, and, according to the Parkinson’s Disease Foundation, each year another 60,000 are diagnosed with the disease. Parkinson’s disease belongs to a group of conditions called motor-system disorders, which develop when the dopamine-producing cells in the brain are lost. The chemical dopamine is an essential component of the brain’s system for controlling movement and coordination. As Parkinson’s disease progresses, an increasing number of these cells die off, drastically reducing the amount of dopamine available to the brain.

According to the foundation, the primary motor symptoms of Parkinson’s disease include bradykinesia (slowed movement), stiffness of the limbs and trunk, tremors, and impaired balance and coordination. It is these symptoms that dance may help alleviate. “A lot of this research is observational, not hard science,” says Tarsy, “but it’s consistent and there’s a lot of it.”

Tarsy says that dance can be considered a form of rhythmic auditory stimulation (RAS). In this technique, a series of fixed rhythms are presented to patients, and the patients are asked to move to the rhythms. Studies of the effects this technique has on patients with Parkinson’s or other movement disorders have found significant improvements in gait and upper extremity function among participants. Although there have been no side-by-side scientific comparisons of RAS with either music or dance, Tarsy says people with Parkinson’s “speak and walk better if they have a steady rhythmic cue.” 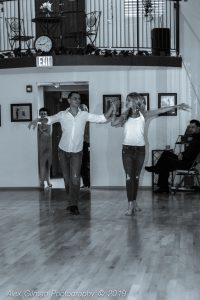 At the Osher Center for Integrative Medicine at Brigham and Women’s Hospital, Peter Wayne, AM ’89, PhD ’92, an HMS assistant professor of medicine at the hospital, studies the clinical effects of mind-body and complementary/alternative medicine practices on patients with chronic health conditions. He has conducted clinical trials designed to evaluate the safety and efficacy of tai chi for patients with Parkinson’s and other balance disorders. Tai chi is a Chinese martial art once used for self-defense but now performed as exercise. Wayne considers tai chi to be a more ritualized, structured form of dance.

“The focus of our work is to take advantage of traditional exercises in which it’s implicit that the mind and body are connected more efficiently,” says Wayne. “Tai chi is one such exercise that we focus on because of its benefits for both balance and mental function.” Research, he says, has shown that the increased susceptibility to falls that occurs among people who are aging or who are dealing with disorders such as Parkinson’s can be mitigated by the practice of tai chi; it improves their strength and flexibility as well as their cognitive performance.

One such study appeared in 2012 in the New England Journal of Medicine. In this study, a team of investigators led by a scientist at the Oregon Research Institute found that tai chi helped improve balance and prevent falls among people with mild to moderate Parkinson’s disease. After six months, those who practiced tai chi twice weekly were physically stronger and had better balance compared with those who did either weight training or stretching. On average, the participants who did tai chi achieved balance measures that were two times better than those achieved by weightlifters and four times better than those participants who stretched. Those people who practiced tai chi also fell less and had slower rates of decline in overall motor control.

Wayne says tai chi may possibly benefit people with Parkinson’s disease in other ways, too. “Practicing mindful movement,” he says, “may help compensate for some of the motor deficits that are common in Parkinson’s and aging.”

Under Tarsy’s direction, BIDMC has initiated several wellness programs, including ones that feature tai chi, Zumba, yoga, and drumming, designed to help people manage the symptoms of Parkinson’s disease. Although it is still unclear to what extent these programs benefit patients, Tarsy says there is evidence that such activities as dance and tai chi can stabilize the effects of the disease and slow the degree to which everyday movement is affected.

Scott Edwards is a freelance science writer based in Massachusetts.