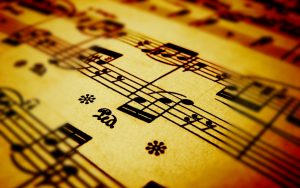 Two of your students move across the floor. The first one executes the steps well, but she isn’t truly listening to the music; her movements look strangely two-dimensional, monotone. The second dancer is about equal to the first technically, but more powerfully musical. Her dancing has highs and lows, accents and unexpected pauses. She stays on the beat without being flat and even.

Musicality is an ability to connect with music and express that connection through the choreography. “It takes a dancer from good to great,” says Gina Starbuck, a hip-hop dancer and instructor based in Los Angeles. While teachers tend to think about students’ technique first, it’s just as important for us to help young dancers develop their budding sense of musicality.

When students are able to interpret music in a sophisticated way, their work becomes less predictable and more playful, layered and spontaneous. But musical students aren’t just more fun to watch. “Musicality drives students toward artistic maturity,” says Laszlo Berdo, a teacher at Central Pennsylvania Youth Ballet. “It inspires them emotionally, so they can go beyond technique and really shine as individuals.” When Berdo’s students look flat during an adagio, for example, he’ll stop the class and talk about finding a visceral connection to the music. He asks them how the music makes them feel, and if they can put that sensibility behind their dancing.

Developing a good sense of musicality also builds confidence, so students can fully inhabit the music and not feel like they’re “faking” it onstage. “Often tension, fear or nerves prevent students from really being in the moment when they perform,” says Jeffrey Middleton, a music teacher at the School of American Ballet. Students with a deeper understanding of music, on the other hand, feel more comfortable making interesting interpretive choices onstage.

Can It Be Taught?

Everyone is born with some sense of musicality. This innate quality is a starting point from which to build and develop. “We all have a heartbeat and we all have rhythm inside of us,” says Barbara Duffy, a New York City–based tap teacher. “It’s just a matter of focusing on it and finding it. You can teach it.” The real question is: How?

First, start working on musicality as early as possible. “As teachers,” Starbuck says, “we tend to give a lot of even counts to beginner-level classes just because the students are young and don’t have a lot of training.” But Starbuck suggests giving simplistic movement with syncopated rhythms instead. “Be sure the steps themselves are within the students’ reach, and then make the musicality the challenge,” she says. That way even the youngest students can develop an ear for music, and the confidence to lose themselves in it.

Encourage older students to learn to play an instrument or at least to read music, says Middleton. “Once they understand a basic musical language, meter as opposed to just dance counts,” he says, “they’ll feel more confident about playing with the music in dance class.” And push students to listen to all sorts of music, not just the kind typical of their dance genre. Help them think outside of the box by choosing unusual pieces for class. African drum rhythms might be a great backdrop for petit allegro in ballet class; a Broadway show tune could be a surprisingly fun accompaniment for a hip-hop combination.

But the most effective way to help your students develop their musicality is to set aside a few minutes in each class for two or three brief musical exercises, which help students think consciously and specifically about the relationship between music and dance. (See “In-Class Exercises,” this page.)

“There’s nothing like live music,” says Middleton. “Pieces are a little different every time they’re played. Students need to experience how a repeated phrase can change from time to time.” Accompanists, who are usually highly accomplished musicians, may also intentionally skip notes, pull out a phrase or alter the tempo of a combination to challenge a student’s ear.

But many studios don’t have the luxury of live accompaniment. If you use recorded music, avoid playing the same CD over and over again, Berdo says. Students will tune out if they know exactly what to expect. And if they’re not studying an instrument or are otherwise familiar with the feel of live music, encourage students to find a piano and play a single note. Have them listen to the sound, notice how it resonates and think about the way they can apply that feeling of depth and timbre to their dancing. DT

The author: Julie Diana is a principal dancer with Pennsylvania Ballet. She has a BA from the University of Pennsylvania.